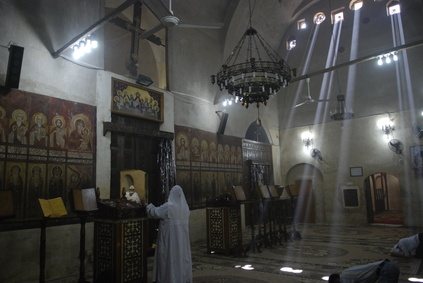 A former monk has gone back to his charitable ways after winning the Powerball jackpot. The American man now plans to donate most of his 259 million dollar windfall to the performing arts.

Ray Cockrum bought his golden ticket on June 11 earlier this year and picked up his massive windfall playing Powerball.

During his early professional life he worked as an actor and stage manager in both theatre and TV.

He later went on to become a monk, going under the moniker of Brother Roy. He took up service in monastery in Massachusetts where he among other things took a vow of poverty.

The winner of the mega windfall is now making good on that vow. By combining his passion for theatre and his Christian values, he now plans to donate most of his newfound wealth to the performing arts.

He opted for a cash payment rather than monthly instalments. This means he will receive a pay out of about 122 million dollars.

Collecting the prize, Mr Cockrum explained his view on life, saying how a life of poverty has helped him prepare for his newfound wealth. He says he wants the donated money to be a blessing for whomever it reaches.

Ray Cockrum is not the only recent winner who has chosen to donate a large portion of his winnings. Earlier this year an anonymous French Euro Millions winner chose to donate about £40 million to charity after picking up an enormous jackpot.

The French man hit the lucky numbers in January and the donation is one of the largest ever seen in France. It was the 7th largest win ever in the history of the European lottery.

What would you do if you won a PowerBall jackpot? Don’t forget to play your lucky numbers. You have to be in it to win it.