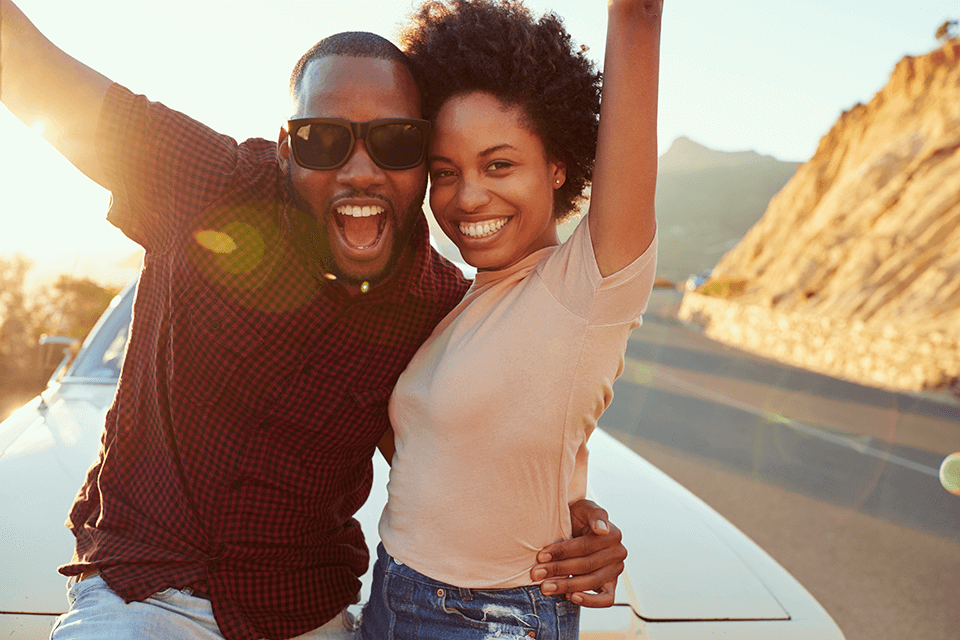 Probably one of the most commonly shared dreams of every citizen across our beautiful South African landscape, is dreaming of incredible amounts of wealth. Wouldn’t it be a dream come true to wake up early in the morning in your mansion, clap your hands twice, and have the curtains magically draw back by themselves to reveal an incredible sunrise vista before your eyes? What a way to start your day!

Of course, if you’re not feeling your view that particular morning, you could always simply board your private jet, and head off to your private tropical island and enjoy a time-out session there instead. Billionaire status, deep down inside, admit it – it’d be awesome to have the sort of unlimited funds that would allow for a lifestyle unlike any other for you and your loved ones to enjoy and create priceless memories with.

Speaking of those with fantastic amounts of wealth, today we’ll be taking a look at five of South Africa’s billionaires, millionaires, and youngest millionaires. These are individuals who have all worked incredibly hard over a number of years to amass such vast levels of wealth – so isn’t it exciting to think that, within a matter of hours, you too could be joining their exclusive “billionaire boys club” ranks with a huge cash prize win when you bet on US Powerball online!

Now, there might be some controversy around this entry on our list – but the fact of the matter is, despite Musk’s residing in the United States and Canada, and heading up one of the most forward-thinking companies of our time, he’s still South African-born – which technically speaking, makes him an eligible entry!

Through his forays in the technology sector as CEO of Tesla and SpaceX, Musk has amassed a net worth of an astonishing $23.6 billion – that’s R339 750 792 000... can you even pronounce that figure? What’s the first ultra-expensive item you’d splash out on with a fortune that huge?

If we were to exclude Elon Musk from this list, then technically speaking, Nicholas Oppenheimer would take the crown as the wealthiest billionaire in South Africa. While now enjoying a rather comfortable retirement, Oppenheimer was formerly the chairman of diamond mining company De Beers and its subsidiary, the Diamond Trading Company. He was also a former deputy chairman of Anglo American. Thanks to an illustrious career in the mining industry, Oppenheimer’s personal net worth has been reported at $7.4 billion – which is still a phenomenal R106 534 100 000 in our language! Talk about laughing your way to the bank…

Next up on the list of richest South African billionaires, we have Johann Rupert, son of a business tycoon, Anton Rupert – clearly, the apple doesn’t fall too far from the tree. Rupert is chairman of both South African-based Remgro as well as Swiss-based luxury goods company Compagnie Financiere Richemont – better known for their high-end brands, Cartier and Montblanc.

Thanks to his long-standing career in this unique luxury segment especially, Rupert’s net worth is a mighty $6.3 billion - R90 577 683 000 for us mere mortals. More money than one could possibly spend in a lifetime, Rupert’s amazing legacy is destined to live on through his children.

Another mining magnate who has amassed a fabulous personal net worth. Thanks to multiple business concerns, South African billionaire Patrice Motsepe is still right up there with the best of them.

As the founder and executive chairman of African Rainbow Minerals – which has interests in gold, base and ferrous metals, and platinum – Motsepe is pretty comfortable with his $2.3 billion, which works out to approximately R33 055 715 000 at the current exchange rate. One thing’s for sure: the mining industry seems to be rocking this list.

The final entrant on our list – but by no means short on funds, is billionaire South African businessman Jacobus Petrus “Koos” Bekker. His amazing fortune comes thanks to him spearheading media group giant Naspers as chairman… or does it?

Here’s a fun fact: Bekker is less-known as the co-founder of MNET/MultiChoice, as well as co-founder of cell phone network MTN – but more interestingly, he never asked for a salary at Naspers. This, despite the fact that the company operates in 130 countries globally (and has the largest market capitalisation of any media company outside the US and China). We’ll leave you to draw your own conclusions on how this remarkable businessman worked his way up the wealth ranks. Bekker isn’t too far off Motsepe, coming in at a personal net worth of approximately $2.2 billion – that’s R31 613 230 000 to you and me. Just plain wow!

His background is in Human Resources at companies such as Bayer, Unilever and Impala Platinum. He is one of the most experienced mining executives in South Africa. He is the founding member, Chairman and controlling shareholder of Masimong Group Holdings Proprietary Limited, he also serves on the board of the University of Johannesburg. His net worth is an estimated $39,5 million which is R682 million. Mike shares his extensive experience and assists businesses and people who he is involved in on a daily basis.

Saki Macozoma is one the most magnificent businessmen in South Africa. He left politics in 1996 and became Transnet’s first black Managing Director. He is currently Chairman at several companies such as Liberty Holdings, Stanlib and Vodacom. His net worth is R565 million, an estimated $32,7 million.

Her father, Alec Wapnick founded Octodec Investments and Premium Properties, two companies listed on the Johannesburg Securities Exchange. She is one of the top 5 shareholders of the two companies. She took over from her father in October 2011 and became the non-executive chairman of Octodec. She is also an attorney and a senior partner at TWB Attorneys, a commercial law firm. Her net worth is R571 million, an estimated $33 million.

One of the top entrepreneurs in South Africa, he turned himself into a millionaire using his experience from years of working on the mines, mining, dealing with mining legislations, corporate governance and chairing board and committees. Currently he is the Independent Non-executive Director at Sentula Mining Limited since July 2010 and holds the same title at Unicorn Capital partners. He also served as a Non-Executive Director at Exxaro Resources Ltd for 4 years from 2006-2010. His net worth is R533 million, an estimated $30,8 million.

She is the daughter of Albert Wessels, the first person who brought Toyota to South Africa. She serves on boards of well-known blue-chip companies in South Africa, such as Hilton Hotel and Standard Bank Group. She received R1 billion, which was approx. $150 million back in 2008 after Wesco Investments, a SA holding company she controls, sold its 25% stake to Toyota Motor Corporation in Japan. Her net worth is R421 million, an estimated $24,3 million.

He was born in 1990. At the age of 25, he was listed in the African Forbes 30 under 30 list. He came up with an idea in high school to make a gel that cleans the body without using water. He formulated a business plan and the product was developed after 6 months. As the founder of Headboy Industries, the company that makes DryBath his net worth is estimated between $10 - $50 million, approx. R172 million – R863 million

Born in 1991, he became a millionaire at the age of 23. He was laughed at when he sold muffins at school. He used his tuition money, took a risk and invested in Forex trading. His net worth jumped from barely anything to $2,3 million, approx. R39 million. After using his tuition money, he had to quit school. But he made up for when he got a National Diploma in Public Relations, Advertising and Applied Communications at the Durban University of Technology and completed a global leadership course at Harvard University.

He was born in 1987 and at the age of only 20 he established the company Woothemes in 2007. The company develops customised and unique plug-ins and themes for WordPress, used to create websites. He is one of the youngest millionaires as founder of a company that banks an annual revenue of approximately $2 million, an estimated R34,5 million.

She was born in 1990 and is a modest young woman who owns various businesses from logistics to printing. She is the founder of Mukwevho Enterprises, a logistics company and also owns Phomolong Guest House in Maseru, Lesotho and also works at the SABC as an editor and studio director. Morenda Printing Services, another one of her companies, doesn’t only offer printing services but also computer teaching classes for children. It runs in the family as her father is also a millionaire businessman.

He was born in 1990 and started his first business at the age of 19, while he was a student at the University of Cape Town. He developed Rethink Education, a tutorial business that allows learners to learn new things using their cell phones, it is easy to navigate and contains educational material.

Some millionaires or billionaires will make their fortune from inheritance, others will earn their spot. Being a young millionaire is a dream coming true for anyone. A lucky gentleman who was born in 1984 won the SA PowerBall in 2018. The engineer from Secunda is married to his varsity sweetheart and they’ve been playing lotto 3 times a week since varsity. They won an amount of R145 469 799.30, approximately $8,4 million. 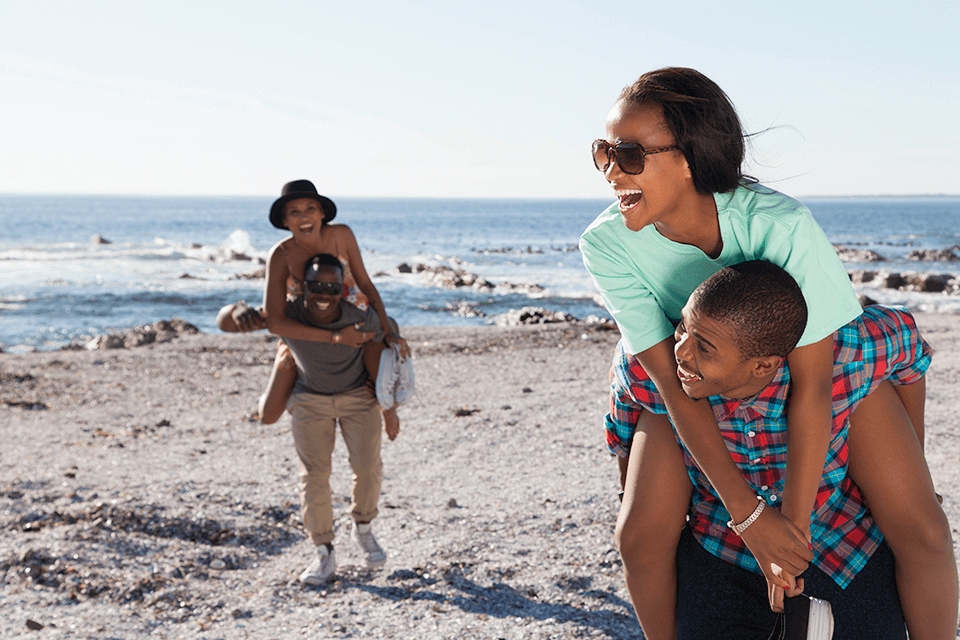